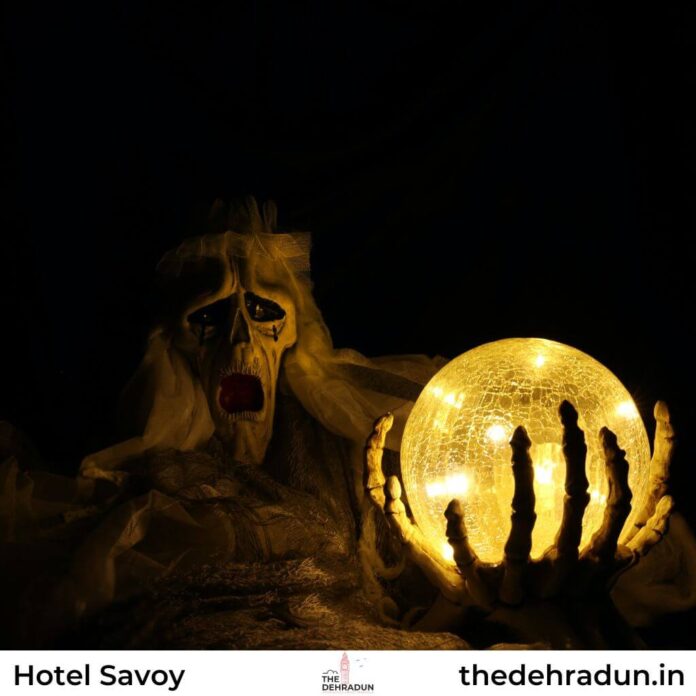 The Savoy Hotel is a historic luxury hotel located in Mussoorie , Uttarakhand, India. It is owned and managed by ITC Hotels. Built-in English Gothic architecture, with a lot of wood, the Hotel was built in 1902. It has 50 rooms and is spread across 11 acres.

Mussoorie became popular in 1900 AD when the railway line reached Dehradun. It was a favorite summer vacation destination for British officials and Europeans living in the United Provinces. The bar of this Hotel, known as ‘Writer’s Bar’, was considered famous even after many years of independence in 1947. 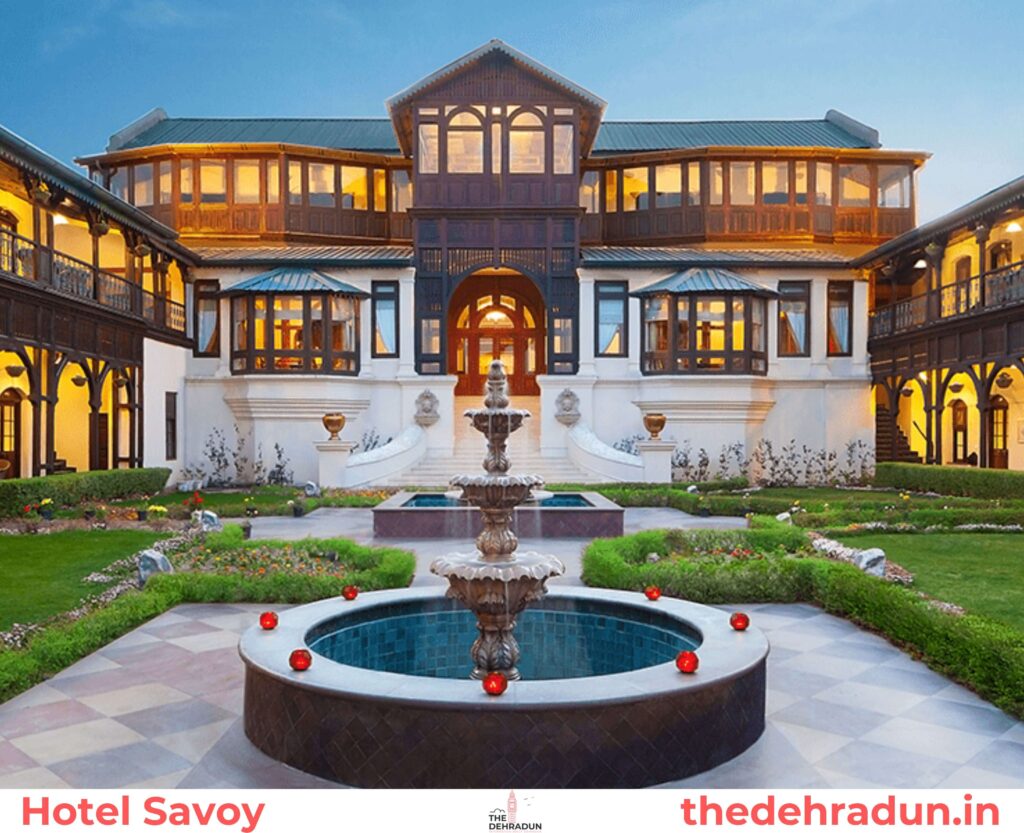 At the height of its fame during the British Raj – when the city itself was considered a pleasure destination – this Hotel was so important that one reviewer said, “if you have money in your pocket, stay in the service, and if you don’t, It was a matter of great pride to be seen here.

1911 marks the beginning of this haunted Hotel’s history. A spiritualist named Miss Frances Garnett-Orme was poisoned in Savoy, and the mystery remains unsolved today. Guests have claimed to have seen the ghost of Miss Garnet-Orme and heard echoes of her footsteps while walking around the Hotel. As dusk descends and twilight envelops the environment in its arm, the darkness of an unnamed hotel brings its rise. It resonates in his distinctive style during the late night hours.

It is said that as the night progresses, the rhythm of darkness and silence gathers the atmosphere; there lies a spirit that gets agitated and starts wandering the streets. It sometimes even peeks into the empty windows of the 121 rooms of this Hotel as if in search of something valuable.

In 1838, Mussoorie saw the construction of its first Hotel. Built-in 1861, the “Charles Ville” Hotel. Cecil D. Lincoln has taken the estate of “Rev. Maddock’s Mussoorie School” around 1895. After razing the school to the ground, he built the Savoy for the next five years.

Bullock carts were used to transport a substantial chunk of Edwardian furniture, grand pianos, pool tables, and barrels of cider, crates of champagne, and other materials uphill because the road from Dehradun wasn’t yet finished. This also included the oak planks that would later be joined to form the dining hall floor, which is renowned for its size.

The Savoy, which debuted in the summer of 1902, competed with The Carlton in Lucknow and The Cecil in Simla. It quickly gained popularity among the elite classes of the British Raj, particularly among military and civil workers who wanted to escape Simla, the summer capital’s stuffy official atmosphere. It developed and became the Raj’s “pleasure capital.” The Princess of Wales, afterward known as Queen Mary, stayed here in March 1906 and went to the Beer Garden, a garden party held on the Savoy grounds.

The Hotel suffered some damage and was temporarily closed, but it was reopened in 1907 after repairs when the town was struck by an earthquake not long after she left. Many structures in the town were flattened. In 1909, Mussoorie experienced the arrival of electricity, which improved the comfort of its hotels.

The Hotel entered its most renowned phase in 1920 when the first car arrived at the hill station after World War I. At the time, the Hotel had a sizable imperial dining room and a ballroom, which in its heyday was the talk of the town. Maharajas and chieftains from the plains stayed here, and several kept suites; affluent princes and dignitaries like the Crown Prince of Laos, Haile Selassie, the Emperor of Ethiopia, and Nobel Prize laureate Pearl S. Buck inhabited entire wings with their retinues.

For many years, the Savoy Restaurant was located on the first floor of the neighboring public library. Every night, the Savoy orchestra played in the ballroom, crowded with couples dancing the fox-trot, the most popular dance style.

It was once managed by Italian hoteliers Messrs. Viglietta and Palazzi, who were also in charge of the Carlton in Lucknow and eventually leased the Majestic Hotel in Bombay. After then, it was taken over by Kripa Ram Jauhar in 1946, followed by his son Anand Kumar Jauhar in the 1960s; it was again transferred to R P Singh, a businessman with roots in Kanpur, in 2005. In July 2009, it was acquired by India’s second largest hotel chain, ITC Hotel’s wholly owned subsidiary Fortune Hotels, from Hotels Control Pvt Ltd, its previous owners.

The Hotel is currently being restored by Sarbjit Singh, Fab Interiors’ famed Interior Designer. 50 rooms will be operational by the end 2010 Along with the Writer’s Bar, there is a restaurant and banqueting facility. In April 2001, the Hotel hosted its first writer’s retreat, followed by another in 2002, which included writers, academics, filmmakers and people from other walks of life.

Savoy Hotel Facilities at a glimpse:

The Savoy Hotel offers its guests all contemporary facilities and amenities, warm hospitality, and courteous staff. Facilities available at the Hotel are-

The Hotel Savoy hotel promises its visitors a delightful stay. The Hotel has 50 tastefully decorated rooms, including 12 Fortune Exclusive Rooms, 26 Savoy Chambers, and 12 Fortune Suites. The décor and furnishings of the apartments are exquisite. For the comfort and convenience of the visitors, each room is furnished with the newest and most modern amenities. The breathtaking and alluring vistas of the Mussoorie hill station are visible from every room.