khalanga war is located in Dehradun at sahastradhara road, it is a memorial is a famous tourist place in Dehradun which still depicts the brave Gorkhas story. Khalanga becomes a big honour when an enemy erects a memorial of their opponent. It was Britishers who constructed Khalanga War Memorial in the memory of their General “Gilaspy” and other army men as well as Gorkha General “Balbhadra Thapa” to pay tribute to their courage jointly after the battle of Nalapani which was fought in 1814.

In October 1814, Major General Sir Rollo Gillespie of British army had advanced along side 3,500 troops and eleven pieces of cannon to occupy the Nepali territories located between the Ganges and Yamuna rivers within the Gharwal and Kumaon regions that had been occupied by the Nepali forces. Captain Balabhadra Kunwar had maintained his position at a 400 cubits high hill during a place called Nalapani, located north-east of Dehradun, to see his advance. On Kartik 8, 1871, Bikram Samvat (October 1814), British troops entered Dehradun. A battle happened between British and Nepali troops at Nalapani on Kartik 10, 1871 B. Samvat.

British were unsuccessful and withdrew to Dehradun. Another battle was fought between the 2 sides at Nalapani on Kartik 17, 1871 Samvat (ca. Oct 31, 1814). General Gillespie, British Commander, lost his life therein battle along side Col. Alice. The siege continued for a month until British , convinced that they might not win by military ways, blocked the source of water to the fort in order that the Nepalese would die of thirst. 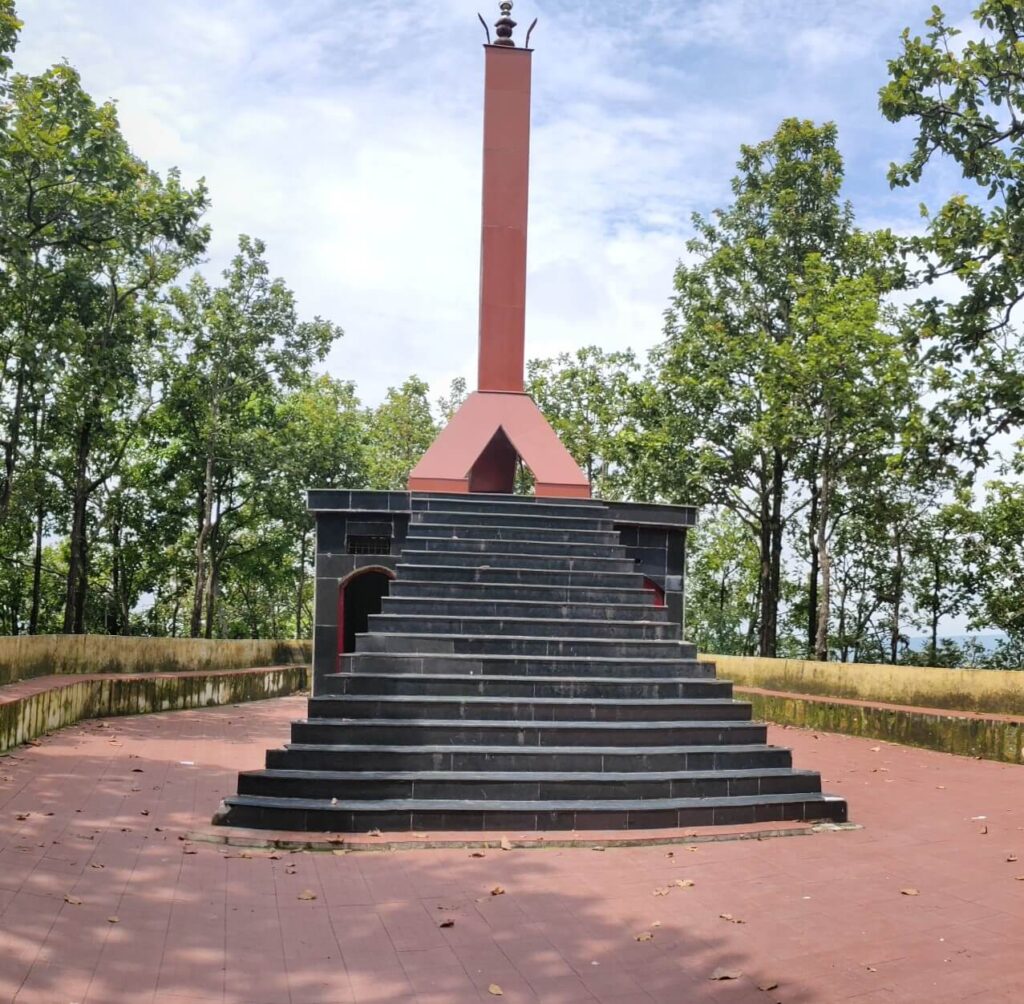 For the Nepali Army, it had been a tough struggle fighting a really well equipped and trained modern army, belonging to at least one of the most important colonial Empires of the planet. Balbhadra Kunwar had asked for reinforcements from the capital but Kathmandu couldn’t send them any soldiers because the Nepali army had no reserve army and was an emerging power which suggests that they didn’t have troops to match the Malay Archipelago Company. The Nepalese army was outnumbered in Nalapani because it was on every battlefield.

Even though the Nepali army lacked water they were still managed to defend their position.Because the walls had collapsed, cannonballs fired by the British started reaching the interior of the fort. Many men were killed or injured.Despite losing their comrade and friends the remaining men were still managed to defend their position. To take water from the river they came out of the fort in a single line, and the British forces watched in shock as the Nepali troops uenched their thirst and returned to their fort. On Marga 16 (Nov 1814), four of the officers, including Captain Balabhadra Kunwar, in the night was forced to abandoned the fort of Nalapani with their remaining Gorkhali troops.

On viewing the Nepalis abandon the fort, the British attacked them The Nepalis resisted the attack but continued to advance They entered Dwara in the early morning of Marga 17, 1871 and stayed the entire day there. After 4 days of thirst and a difficult loss of troops, without surrendering, Captain Balbhadra emerged from the fort with drawn kukris in his hands (along with other 70 survivors) and roared to the British – “You could have never won the battle but now I myself voluntarily abandon this fort.

There is blank inside the fort other than corpses of the kids and women”! He and his left troops escaped into the hills on November 30, 1814. A peace agreement was signed on Dec 2, 1815, between the then King Girvan Yuddha Vikram Shah and the British East India Company, called as the Sugauli Treaty he British soldier-poet, John Ship, had written during the war about the Gorkhas:I never saw more steadiness Or fearlessness exhibited in my life. Run they would not end of death, They looked to have no fear though their friends were falling thick around them, as bold For we were so near to know That every shot of ours told.”

Famous Gorkha War or Anglo-Nepalese or Anglo-Gorkha War was fought b/t Britishers and Gorkhas of Nepal. In Battel of Nalapani, 600 Gorkhas battled bravely against 3000 odd fighters in Khalanga Fort near Nalapani, Dehradun. For six weeks, Gorkhas were defending the fort without meals and water. Impressed by the unmatched fearlessness, Britishers erected the Khalanga (Kalinga) War Memorial to honour Gorkhas. After that Britishers recruits Gorkhas in their army too. This memorial is under conservation of ASI.

It is located in Dehradun (Sahastra Dhara road).

How To Reach Khalanga

Khalanga War Memorial is situated 5 km Dehradun city at Sahastradhara Road. Anyone can reach easily by autorickshaw, taxi or by bus from any location of the Dehradun city. Dehradun railway station is at less than 6 km from Memorial and Jolly Grant Airport is at 27 km.